Aerobatics Canada Chapter 3 chose the Saugeen Municipal Airport in Hanover, Ontario to host the 2015 Canadian National Aerobatic Championships. The competition, held on August 15th and 16th, was able to attract pilots from across the country and the United States, as well as Russell Sneyd who decided to leave his day job in Australia for a few weeks to attend.

The stars aligned to give reasonably good weather for the contest days, but Friday August 14 (arrival, registration and practice day) proved quite challenging. Thunderstorms moving through southern Ontario, combined with low cloud and low visibility prevented early arrivals, and as a result most contestants got to CYHS but only a few were able to practice in the aerobatic box. Francois Marquis and Luc Martineau flew in from the Montreal area as darkness approached after a very long day of fighting weather. The good thing about all the bad weather was that registration and technical inspections proceeded at a leisurely pace – allowing newbie registrars Lynda Hawkins and Elaine Ernewein to learn on the job. Laura Buescher appeared mid-afternoon and with the help of Carol Granger took over the arduous task of arranging the paperwork.  Most people simply do not realize how important this job is, and contest officials always sigh with relief when these ladies appear.

The contest’s starter Hella Comat, and judge Chris Pulley drove to the airport instead of flying because of unscheduled engine overhauls on their airplanes. Several Chapter 3 members were also unable to attend due to maintenance issues, and contest organizers were worried attendance might be very low.  However, Saturday morning’s 0800 briefing showed 17 competitors ready to fly. COPA director Phil Englishman injured his ankle at Oshkosh but hobbled on as contest director and welcomed everyone. Carole Holyk, Canada’s CIVA delegate and FAI judge, acted as Chief Judge and along with Chris, conducted the briefing. Boundary judges, assistant judges and recorder positions were assigned to work for Sandy Langworthy, Wayne Buescher (IAC judges from Michigan IAC Chapter 88) and Canadian judge Chris Pulley.

When flying resumed we were able to finish all the Knowns and the Intermediate Free before we had to stop for the banquet. First-time competitor Zan Li of Toronto flying a Decathalon was the only Primary contestant; and contest rules mandate a minimum of 2 pilots per category. Officials needed a volunteer to fly against Zan so that she would be able to compete. Dan Unger, who had no idea what the Primary sequence even looked like, stepped up to the plate to help out and didn’t embarrass himself too much! Thank youDan. The Unknowns were handed out to Intermediate and Advanced pilots, and as usual, this put a damper on late-night partying!

Fog greeted us Sunday morning, but went away by the time we started flying and weather was not a factor for the rest of the day. Adam MacCabe, apprentice Aircraft Maintenance Engineer, came to the competition with his tools and spare parts to help with the technical inspections and was prepared for just about anything! His assistance was needed when one of the Pitts had a tire go flat while sitting at the fuel pumps. He was able to install one of the new tubes he had brought (just-in-case…) and keep the plane flying. Adam and his girlfriend Tracy spent the rest of their time out on the boundary judge chairs.

The remaining Free flights were done by 1100 and then the entertainment began with the Unknowns. These sequences are designed to be challenging (read “confusing”) as the pilots have never seen them and are not allowed to practice before they fly them. As soon as they are given out the affected pilots start to study and strategize and lose sleep! The potential for mistakes and/or penalties is huge! The Advanced pilots (Andy Ernewein – Guelph ON – Pitt S1S; Chris Napier – Georgetown Indiana – Panzl S-330; Scott McMaster – Rockton ON – One Design; Hugo Ritzenthaler – Rochester Hills Michigan – Pitts S1E) flights went well with very few “zero” maneuver scores, and the contest finished at 1300.

Scoring was handled by veteran computer wizard Elaine Ernewein (assisted by Lynda Hawkins) and the results posted by 1330. The awards were completed by 1500 as the American contestants had to depart by that time in order to appease US customs/border officials. Pat Rebbetoy, who is the chapter’s behind-the-scenes organizer and guy who gets everything done, was starter on Sunday and led the clean-up crew (of never-enough people) removing box markers and the judges line equipment.

Aerobatics Canada Chapter 3 would like to thank the Saugeen Airport and the town of Hanover for their support of our contest, and Rob Olds for the use of his beautiful hangar. We would also like to thank the pilots for making the effort to attend despite mother nature, and all our volunteers not already mentioned, including: Ryley Yost  (acting airport manager, box marker installer, and air traffic management guy);
Sid White (Safety Director); Daryl Purdie, Andrew Ronan, Laura Harvie, Meghan MacNeil, Mary Unger, Mike Tryggvason, Bill Comat, Francois Bougie, James Hutchinson, Victor Danielli, Ethan Kempert (judging assistants and recorders); Ed Agnew and Dave Rumsey (photographers). Apologies to anyone we’ve missed. 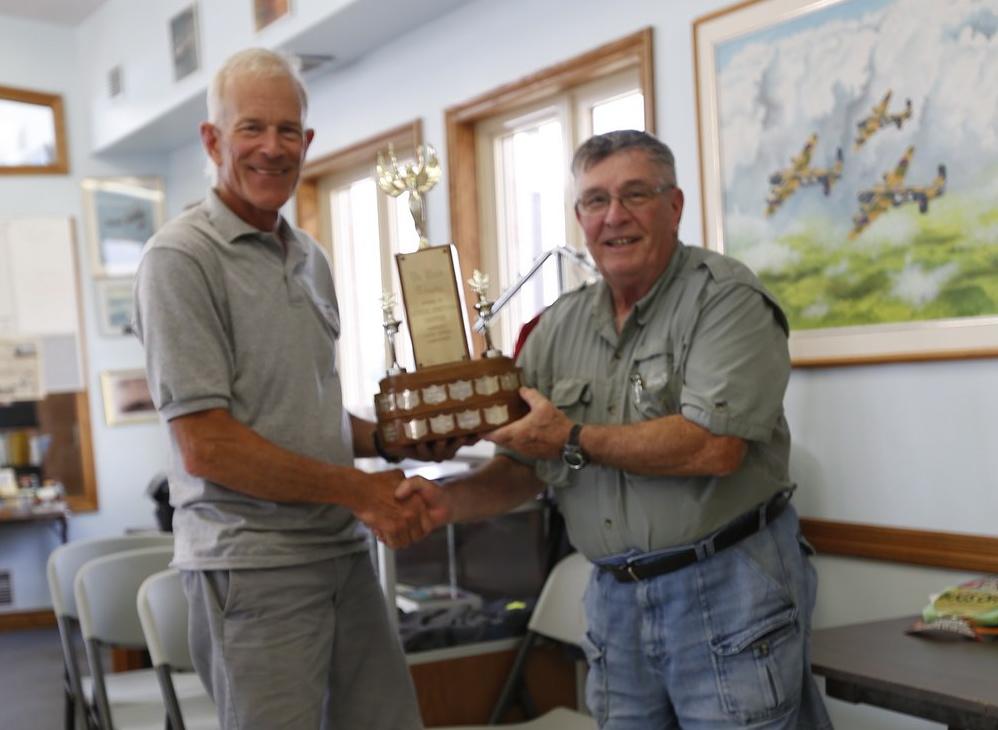 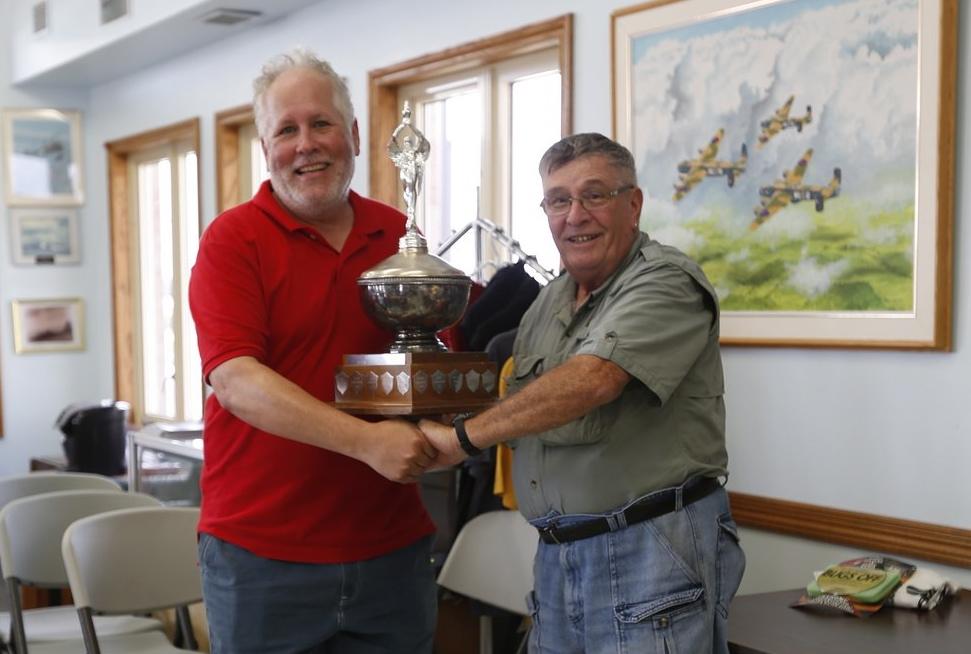 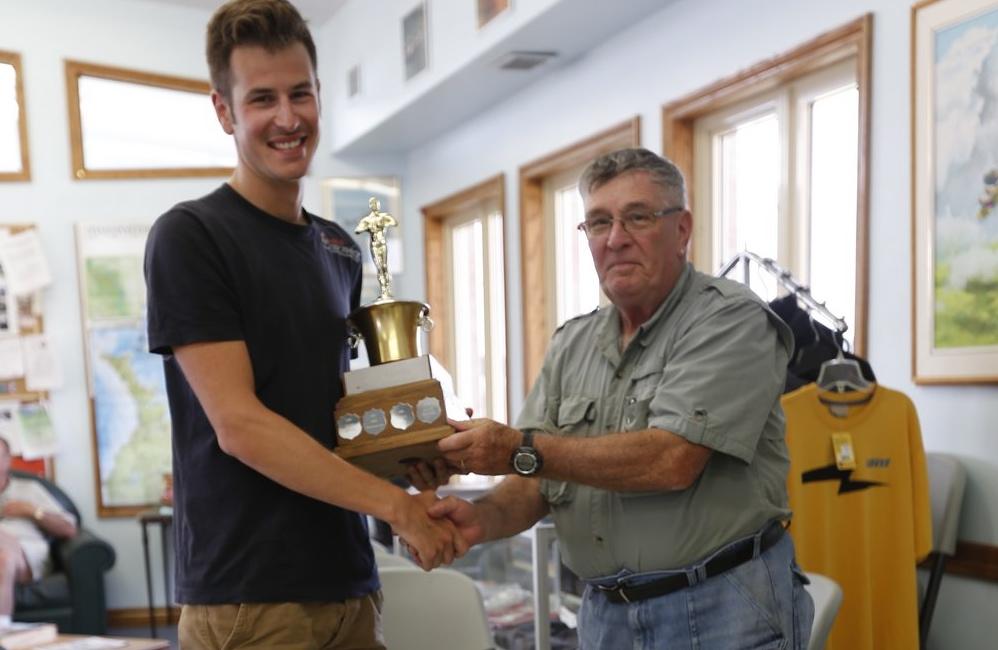 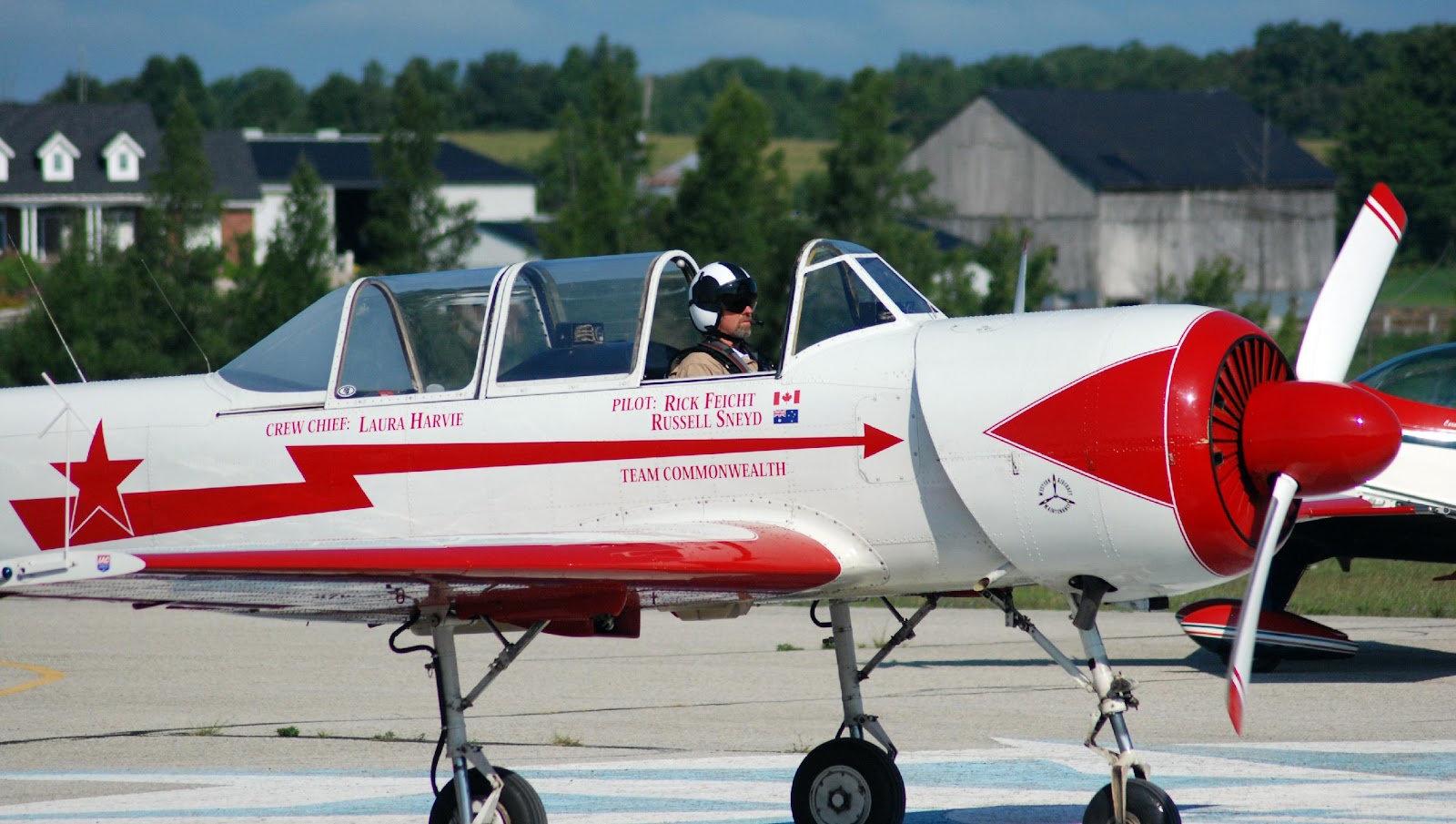 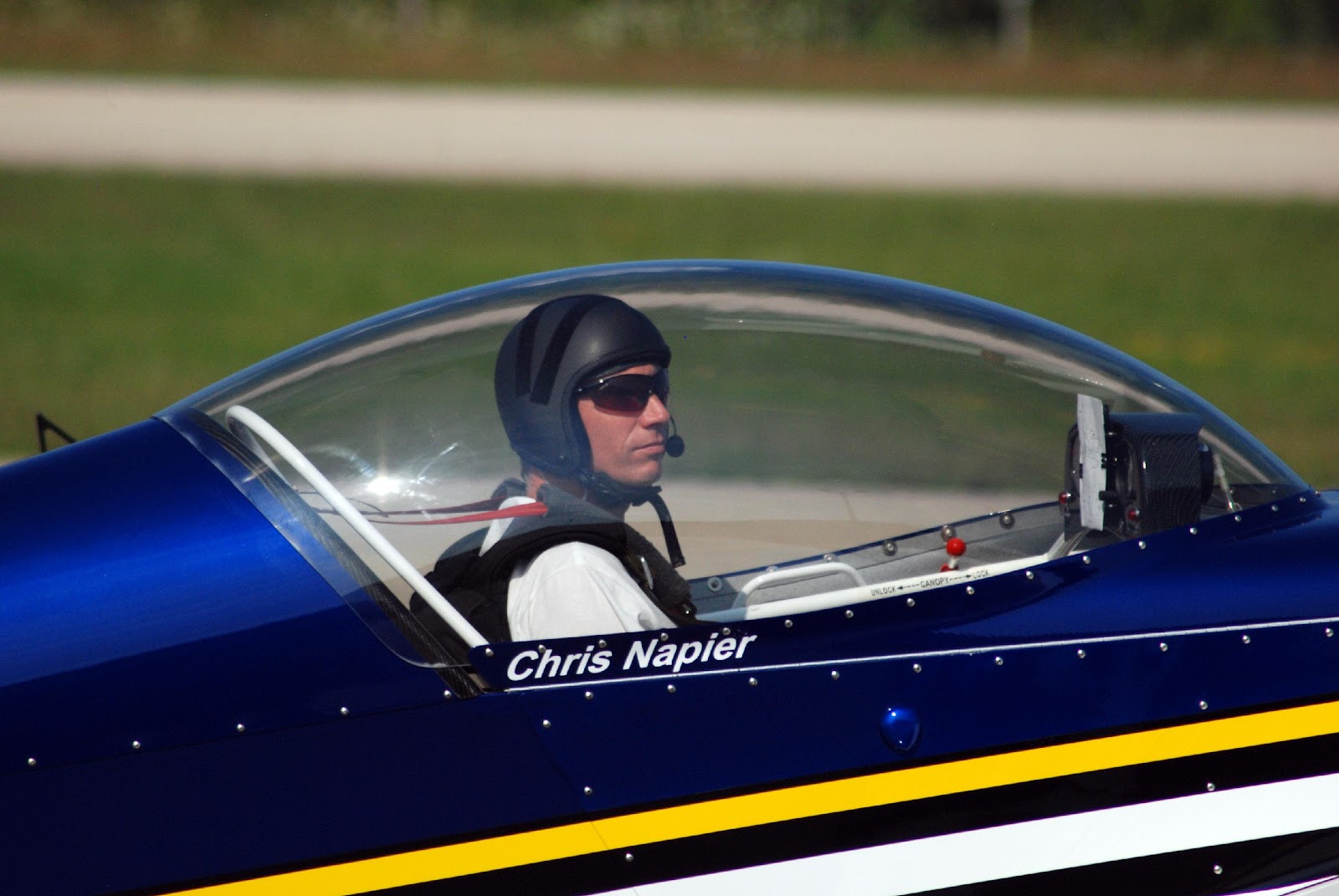 Chris Napier in the Panzl S-330 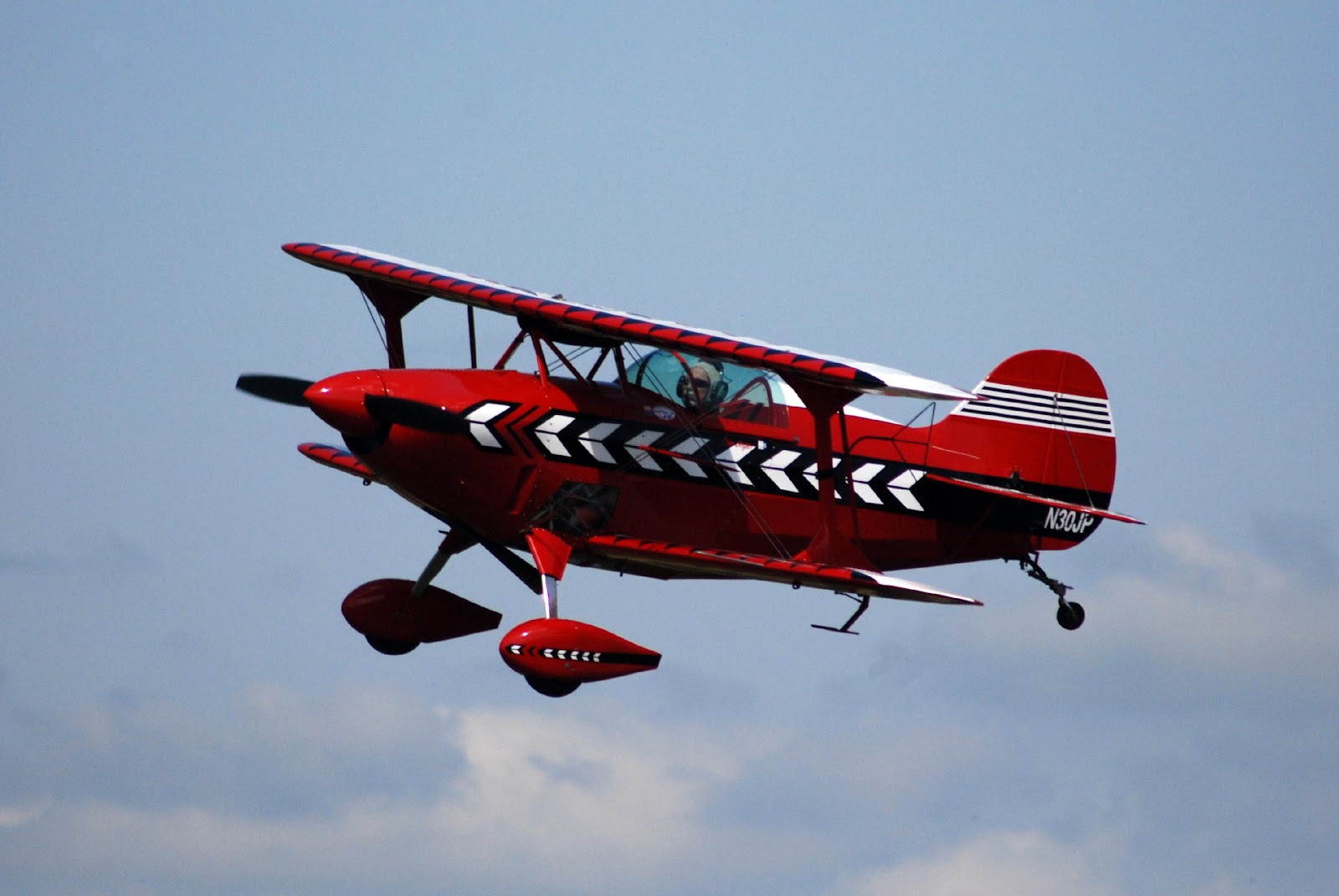 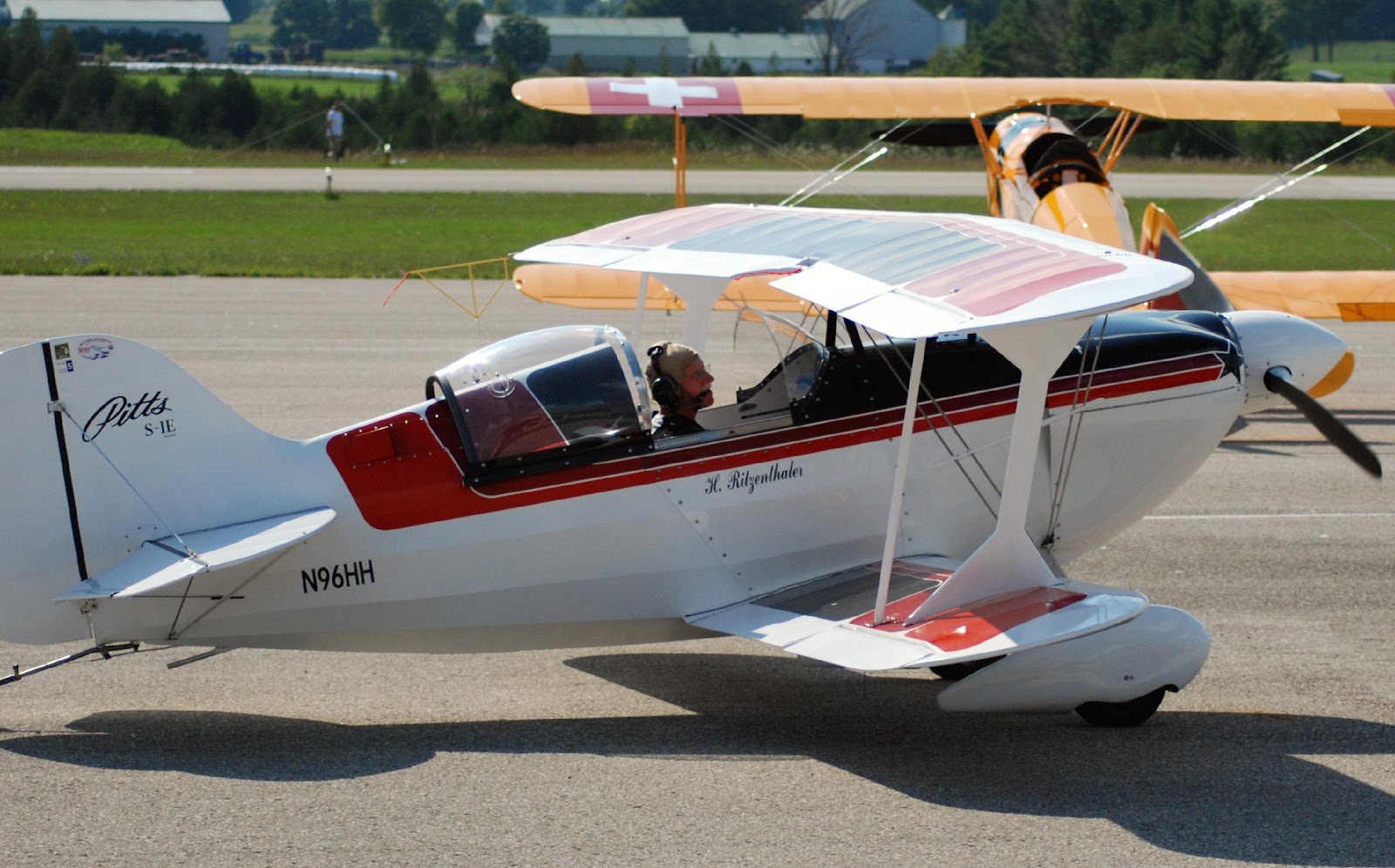